During our summer holidays, I have bought a C3 Pluriel for my 1-year old son. 2.5 years ago we have bought the AX GT. It already had a conversion to the 4-stud suspension. In the mean time I have done some modifications to it:
- Raceland 4-2-1 manifold
- Cituning silencer
- Yellow Koni suspension
- Green airfilter
- upper and lower strutbar
- remapped ECU
- Xenon
- conversion to ventilated and grooved brakes (GTI) At this moment, I'm preparing a conversion to a 2-stage carburator, the one that is deliverd in the GT (mine has monopoint injection). The goal is to finish this conversion somewhere in october. Gareth R wrote:
'smash the shit out of it' is hardly tech info lol

Ryanmt wrote:
if you've got the financial skills of a 3rd world country start putting a few quid to one side soon!

At the moment I'm waiting for the Kentcams kit and the airfilter kit. Last saturday I received the gasket set so I can start building up the head.

In the mean time, the carb will be completely rebuild.
Top

Gizmo wrote:
My bf did it, doesn't mean i agree with it

My penpal once wrote to me that in the Netherlands you can't do much modification to cars.. or is it hard to get approval from the authorities?
Top

I just love that AX

SharmCos wrote:
My penpal once wrote to me that in the Netherlands you can't do much modification to cars.. or is it hard to get approval from the authorities?

I know some nice mod's. Some are finished and some are still w.i.p.

In Holland we have some rules for it, if you know how, it is not that difficult. Only CO2 and other environment demands can make it difficult. Further it just costs money

If you change to another engine, that already is used in an AX, it can be done administratively.

If not, it is possible that they have to do a road test and sometimes additionally a sound test. Then, it will cost about 700 euro's to get it on the cars papers.

Today I received my Kentcams Camshaft set, another 2-stage carb, with bigger nozzle and K&N filter (RC-9150) and some other goodies

Hopefully I get the enginehead assembled within 2 weeks.
Top

Pictures and videos would be awesome

Tell us about the improvement please
Original AXs :
http://generation-ax.over-blog.com
Top

Hmmm, that's quite a while when I updated this page. Where shall we start? 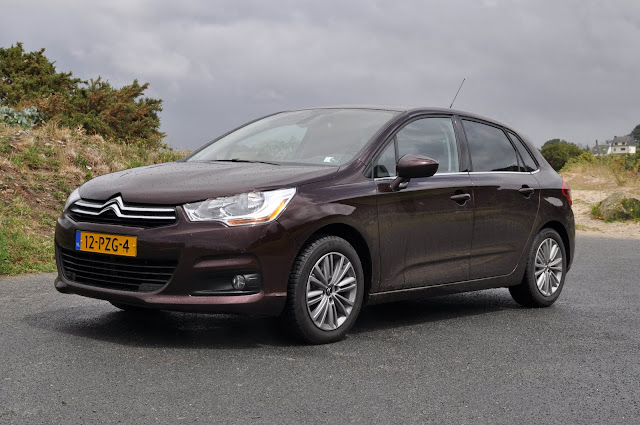 Last July, this car also left. This time I didn't want a company car anymore because of changes in the regulations, so I bought myself a car. But no Citroen this time

A fine car, but during summer holidays in 2011, she told me that she was missing driving in the AX. However, she wanted a 5-doors car because of the kids. Well, AXes are also available with 5-doors. I knew one for sale for a small price, but with a broken engine and in August 2011 I bought that one and put the Saxo on sale. 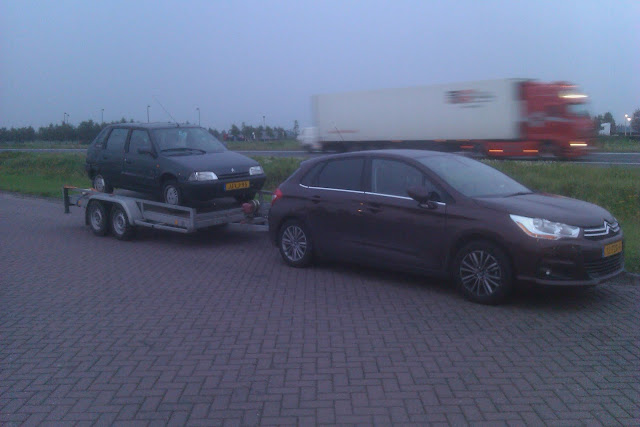 As you can see, this is not really good 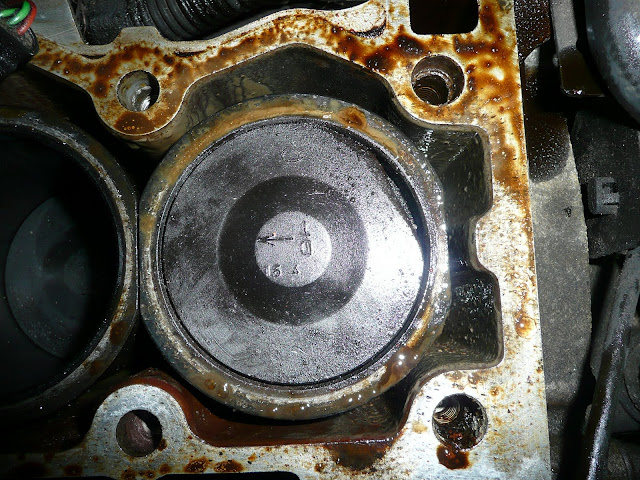 But, I bought a 1.4 engine, which I have rebuilt completely. Together with 2 friends of the AX Club we changed the engine within 1 day 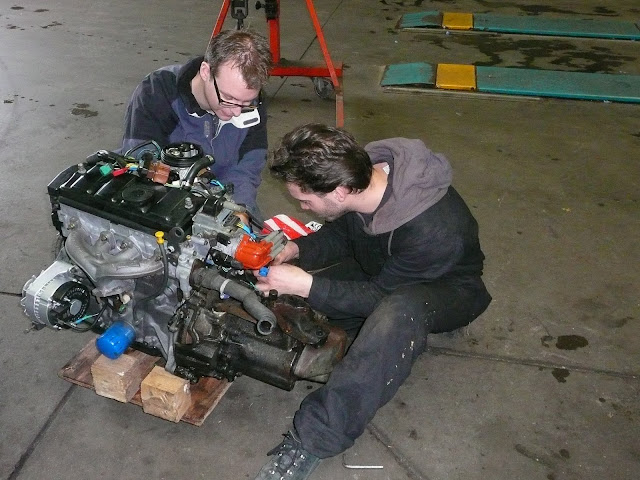 In May 2013, on Citromobile the topic was Citroen and women. After some brainstorming within the AX Club, we decided to create a Chanel AX to put on display. We took our 5-doors to transform to the Chanel edition

She is still driving it. However, in September last year I noticed a black AX GT MK1 for sale. To make a large story small, we checked it out, bought it and took it home.

Plan is to make it a good car again. It needs some welding because it has some rust, which they are doing now.

When this one is finished, it will be the daily of my girlfriend and will replace the 5-doors Chanel AX. The kids are now big enough to get in the back of the car by themselves and can put on the safetybelt.

So, quite some history. Best saved for last, update on the red GT in the next post

Now, let's continue with the red AX GT Mk1. As written above, I was waiting for a Kentcams Camshaft kit, 284 degrees. The complete head was rebuild, Kentcams camshaft in, carburetor of the early AX GT, other nozzles and a K&N airfilter. Then I also placed a programmable ignition system of Megajolt Jr. with a MSD coil and MSD sparkplug wires. This setup gave me nearly 100 bhp.

In the meantime, the car has transformed more to a trackday and (classic)rally car. A rollcage has been fitted, as well as bucketseats and other saftey belts. 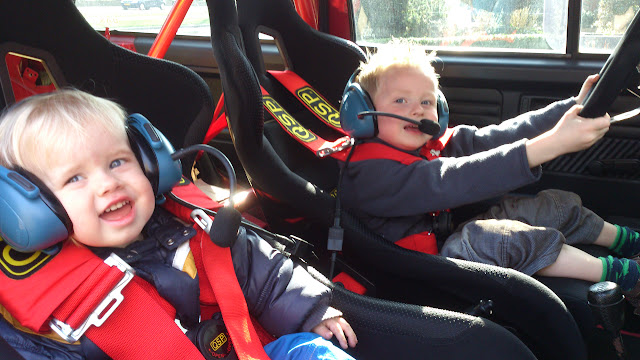 Some other nice stuff to improve the handling

In the last years I have used the car for several trackdays and we have driven Le Citron Presse 3 times. Le Citron Presse is a classic rally, only for Citroens. Driving 4 days, mostely through France on secondary roads. 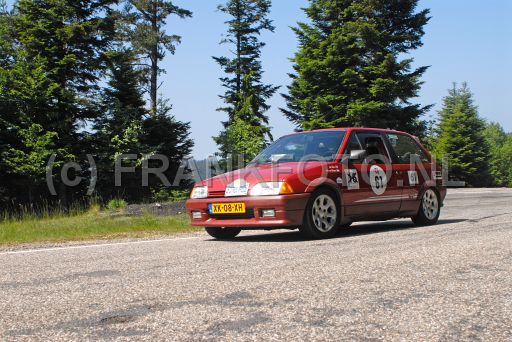 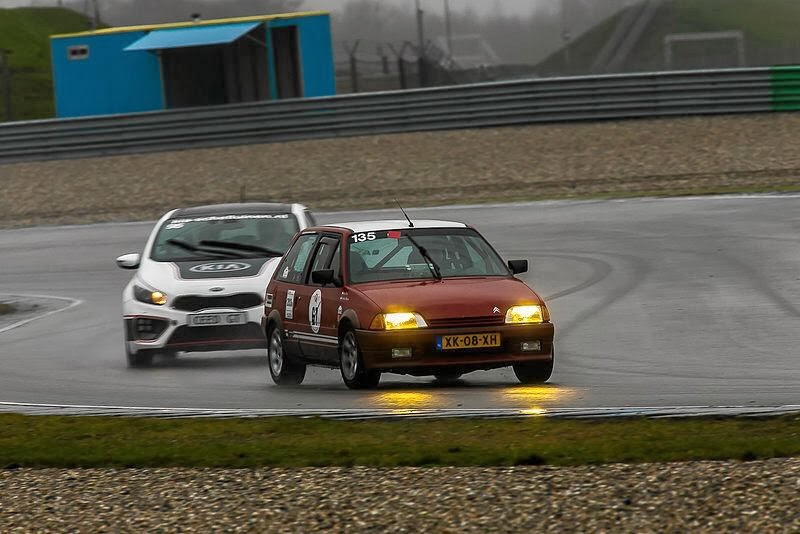 Since last rally, I got engine issues. Probably issues with the carburator. So last year I decided to completely change my engine setup.

and that is what I'm doing right now.

Great write up. Are you going to make it to the icccr show next year??
Top

Yes, I will be there with my girlfriend and the kids. I already have the tickets

I'm also looking forward to meet you all. Let's also come up with some nice activities we can do during the meeting. Ofcourse we will organize some BBQ's

Sounds great. How many of the Dutch ax members have confirmed to the show??? Are you staying over / camping??
Top

I do not know yet how many Dutch members will join, I know from several that they will come. yes, we will stay on the camping. When we get nearer to the ICCCR, we should make a list of who is coming. Then we can arrange that we get enough place to stand together.
https://www.facebook.com/bossie76
Top

Users browsing this forum: No registered users and 11 guests